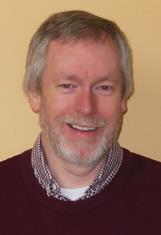 Biographical Sketch:
Frank started his IT career as a VM/VSE operator in a life insurance company in Dublin. After a number of years he moved on to become a VM systems programmer. In 1985 he moved to IBM in Ireland as a trainee MVS Systems Programmer for the new (at the time) software lab in Dublin. Between then and 1998 he had various technical roles in IBM Ireland, including a number of years in the Services group, working with customers. In 1998 he moved to the IBM ITSO Redbooks organization in Poughkeepsie, as a project leader for Parallel Sysplex Redbooks. During his time in the ITSO, Frank ran the project to create the prototype for the z/OS Health Checker and the Customer Configuration Collector, in addition to working on many Redbooks about Parallel Sysplex, high availability, and performance. He was also responsible for the production of the GDPS product manuals, and taught classes and performed consulting engagements in customers all over the world. In 2014 Frank accepted an offer from Cheryl Watson to work with her on her Tuning Letter and to develop new training classes and perform customer consulting.